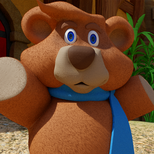 ROOSEVELT
Roosevelt is the oldest Teddy bear in the lair. He wouldn't call himself the leader, but he is the first Teddy bear all new bears to the lair meet, and he is the one all Forgotten Bears come to when there's a problem. 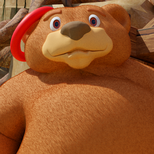 RING TOSS
Ring Toss is the biggest and strongest Teddy bear in the lair. Before coming to the lair, he was won at the county fair. The red ring on his ear is from the carnival game he once called home. He now lives in his garage next door to his best friend, Chatter. In the garage, Ring Toss builds and repairs all machines for the Forgotten Bear's adventures. 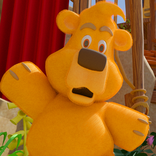 CHATTER
Chatter may be one of the smallest Teddy bears in the lair, but he has the biggest heart and loudest voice. Just pull his ring on a string and he'll do what he loves the most — sing and dance. Chatter's cave is full of props he uses in his shows, which Forgotten Bears can watch on his stage in the center of Bear Square. 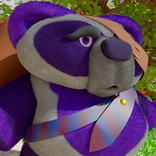 PUPPET the PIRATE PANDA
Puppet may look grumpy, but he is one of the most helpful Teddy bears in the lair. His job is to make all the repairs to Teddy bears who need it. His shop at the edge of Bear Square is stocked with fur patches, stitching, buttons and anything else a Forgotten bear may need fixed. Puppet also pilots his Pirate Ship Air Ballon, which is docked behind his house. 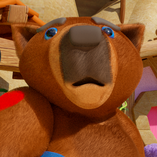 HONEY VALENTINE
Honey is one of three Valentines Day Teddy Bears. He's a tough bear who watches over and takes care of any bear in trouble. He, like all Valentines bears, is full of love. He will do whatever he can to see his fellow Forgotten Bears happy and safe. 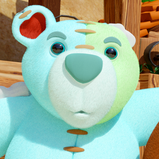 BREAKUP VALENTINE
Breakup had a rough life in our world, but those tough times have made her stronger than ever. She wears her repairs as a reminder that love conquers all, and with friends like the Forgotten Bears, even bad days can lead to a bright future. 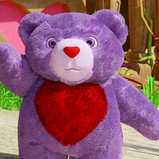 SWEETHEART VALENTINE
Sweetheart is a shy little Teddy bear who, like her brother and sister, spreads love and kindness to all the Forgotten Bears in the lair. She is the first to ask how you're feeling if you seem sad, and offers the biggest bear hug when one is needed the most.

Bears in the Lair 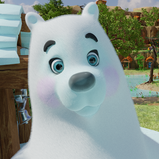 ZOE
Zoe is a Teddy bear from the Zoo gift shop. In the Lair of Forgotten Bears she lives at Polar Point and guards the cave, which leads straight to Santa's workshop at the North Pole. Once a year, a couple weeks before Christmas she welcomes Theodore, the elf in charge of all Teddy Bears to the lair. 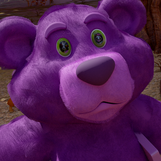 CAMI
Cami is one of the newest bears to enter the lair. She is very special because one of her eyes is a camera, which allows others to see what she sees when they have her screen. Kobold tried to trick Cami into spying on the Forgotten Bears, but his plan didn't work out that well for him. 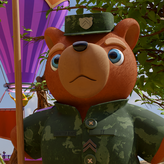 CORPORAL TYSON
He's the smallest bear in the lair, but the bravest of them all. Tyson has the important job of guarding Misbecave – the cave of the misbehaved. He also helps Puppet when the Pirate Ship Air Ballon needs to set sail on an adventure. 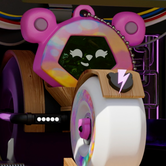 CAMI
Cami is a one-of-a-kind bear in the lair. There's no other Forgotten Bear like her because she's a computer, not fluffy and filled with stuff. Cami has a hard time being so different from everyone else, but with the friendship and kindness of the Forgotten Bears she learns being different is some to celebrate and be proud of. 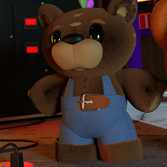 LOST
This little bear was forgotten in an abandoned arcade many years ago. His best friend in the world in Found, whom lives in the arcade with him. 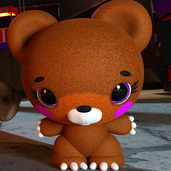 FOUND
She's cute, but tough. Found was a prize bear in the claw machine of the arcade. She and Lost live together in the abandoned building and don't know about the Lair of Forgotten Bears and the happiness they could have there. 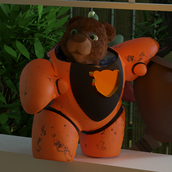 CODY
Cody is the leader of the Keepsafe Bears, a group of Teddy Bears still living with their kids in our world. Cody and the Keepsafe Bears protect their kids from trolls who hope to spread bad feelings and yuckiness. With his suit of armor, Cody is a trolls worst nightmare. 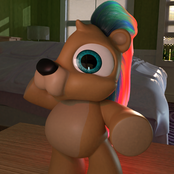 BUTTERCUP
Buttercup may look sweet and innocent, but beside Cody she is one of the toughest Keepsafe Bears in our world, with big bright eyes and shimmering rainbow hair, she will scare away any troll looking to make her kid sad, mad or feel bad. 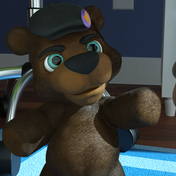 BITS
Bits is one of the bravest Keepsafe Bears, and when with his best mate Bean, they are unstoppable. The trolls have no chance when these two best friends are together — especially if they're carrying their special backpacks, which contain everything needed for their adventures. 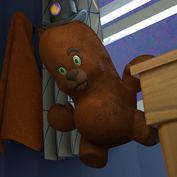 BEAN
Bean is always ready for an adventure, especially if it's to rid his kid's room of trolls. He and Bits may look cute and cuddly, but anyone looking to bring badness into their home better beware of their trap building skills. 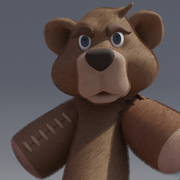 CHEWY
Chewy was a dogs chew toy before joining the Keepsafe Bears. He never had a kid to protect so he helps all kids, especially those who don't have a Teddy bear. Chewy is a tough bear who will do whatever it takes to keep his friends out of danger. 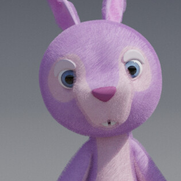 EB
She may not be a Teddy bear, but EB is a bear at heart. She arrived in the house of the Keepsafe bears in an Easter basket, and from that day has been their voice of reason and a friend they can come to for advice and guidance. 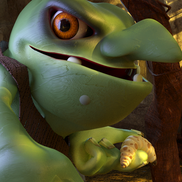 KOBOLD
Kobold is the nastiest and meanest troll outside the lair of Forgotten Bears. He lives under his pile of black rocks in the Fall Forest, in the swamp located on the other side of the bridge from the Welcome Tree Cave. Kobold spends his days thinking up ways to take away the Forgotten Bears happiness and cheer. So far they have outsmarted him, but he continues to try. 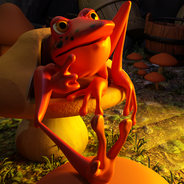 PUCK
Puck is a frog and Kobold's only companion. He wouldn't call him a friend because trolls don't believe in friendship, but Puck sticks around to point out Kobold's mistakes and take part in his plans to make the Forgotten Bears mad, sad and all together very bad. 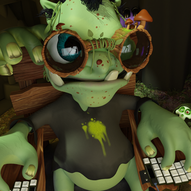 MUSS
Muss is a computer troll who has found a new way to spread nastiness to kids all over the world. He does his bad deeds from the musty and dank basement of Kobold's pile of black rocks. He's a selfish troll, but will help Kobold and Puck with their plans if they are bad enough. 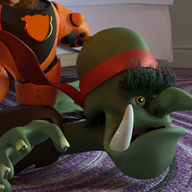 BOBBLE
Bobble is a troll who has entered our world, living under a pile of rocks in the backyard of the Keepsafe Bear's house. He tries every night to break in and spread his badness, but Cody and his team are always prepared. 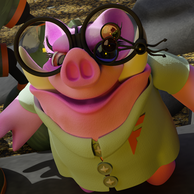 BORI TORI
Bori Tori is a Mad Scientist toy and the brains of the Foe, three bad guy toys hired by Kobold to sneak into the Lair of Forgotten Bears and discover a way for him to enter inside. 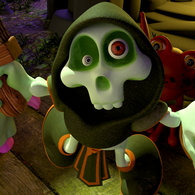 BONEBREATH
Bonebreath only knows one thing — how to be bad. He's a skeleton action figure who is more than happy to challenge any hero or do-gooder. 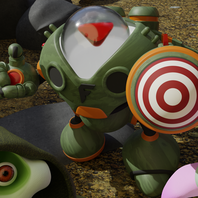 NORTTRON
Norttron was once the leader of a robot army. He is an action figure toy with parts he can remove and replace with others to turn him into different types of vehicles and bots. He's the larges and strongest member of the Foe, and doesn't like sharing leadership with his two partners.